Join the OSC Soccer ACADEMY for the experience

​​​With over 10 years of coaching experience and years of professional organization management experience, Coach Perry and his team of trainers provide a focused and fun program for your children. Each academy and camp includes:

Through OSC guidance, more than half of our athletes move on to play in the county recreation league, travel teams, middle school and high school teams.  Some just like being an Eagle!.

Chaney Tire and Auto sponsored the Opdea Eagles through the Michelin Soccer Program and provided free soccer balls for all participants during the Fall season.  The Eagles thank you for your support -- Coach Perry

Chaney Tire and Auto of Clinton, Maryland, has been proudly servicing the city of Clinton and the surrounding communities for over 10 years. 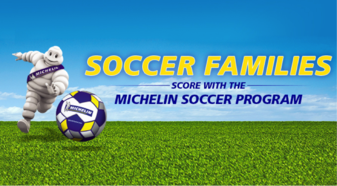 ​​The OSC Director: ​ Coach Perry - Because you have been a good steward and faithful with a little, I will ...

Coach Steven Perry is the OSC Director and has been an intergral and driving force behind the development and growth of grassroots soccer in the Clinton and surrounding communities for over the past decade.  He brings a wealth of coaching, leadership and management experience to his role as the OSC Director of Programs.  As a military dependent, he went to elementary school in Japan, middle school in Montana, and Jr. High School in Germany and Georgia.  Through this experience he recognized that soccer was a major international sport that was overlooked for the youth in the local community where the focus was primarily on American football and basketball. He took the charge  and set the goal to nurture, teach and make  soccer affordable for every kid to enjoy in Prince Georges County that wants to learn and play.  He refers his work with youth soccer as his "Soccer Ministry,"  believes it was a spiritual calling that urged him to serve as the team parent for his son's first  soccer team and then to coach, so they could field a team for the next season, otherwise the kids would not be able to play.  ​Since 2007, his experience and influence has touched the lives of hundreds of youth soccer players from Clinton, Camp Spring, Upper Marlboro, Oxon Hill, Fort Washington, Brandywine, Accokeek, Hyattsville, Waldorf, Allentown, Forestville, and Morningside, Andrews AFB, Temple Hills, and the list continues.....

​In 2013, Coach Perry continued his soccer ministry for the youth by founding the OPDEA Soccer Club, with a focus on creating opportunities and ideas centered around soccer that would introduce youth soccer and train players through the academy program, at and affordable cost and geared towards learning and having fun.  Since 2013, over 600 kids have matriculated through the seasonal 7–8-week academies held in the Spring, Summer and Fall, each year.

​Starting in the Spring 2018, the OSC Eagles will offer the first recreation soccer teams to participate in the PG County Boys and Girls Club recreation soccer league.  OSC recreation teams will be comprised of graduates of the seasonal academies.

2006 - present, Coach Perry has coached at all age groups at the recreation soccer level, including 6U, 7U, 8U, 10U, 12U, 14U, 16U and 18U and for the Clinton Jets from 2007 -2013.  Many of his former players have advanced to play for their travel, middle school, high school, and college teams.  In addition to playing at higher levels of the game, many of his former players have become soccer trainers with the OSC, coaches and referees in the PG county Boys and Girls Club Soccer League.

From 2009 - 2012, Coach Perry served as the Clinton Soccer Commissioner increasing the enrollment from just 60 players on 4 teams, to over 12 teams each Spring and Fall season with player enrollment reaching over 190 players, being managed across seven soccer fields weekly.  During his tenure as Commissioner, he set about to not only increase local interest and co-ed youth participation in the game, but also to recruit and train and expand the number of available youth soccer coaches to mentor and serve as role models  to lead the grassroot soccer programs in the community.  Many of the current coaches in the Southern PG County grassroots soccer programs, local public high schools, and parochial schools began coaching under Coach Perry's leadership and development programs.

From 2011 - 2013, Coach Perry recognizing the need for improved coaching and graduated skill development for youth soccer players, Coach Perry developed the Jets Soccer Academy, the first intramural training development soccer program in the Clinton and surrounding communities.  Over 400 youth soccer players matriculated through this program and many went on to play recreation soccer for the local recreation teams in the PG County Boys and Girls Club league, travel leagues, middle school and high school soccer programs.

​In 2013, Coach Perry continued his soccer ministry for the youth by founding the Opdea Soccer Club, with a focus on creating opportunites and ideas centered around soccer that would to introduce youth soccer and train players through the acdemy program, at and affordable cost and geared towards learning and having fun.  Since 2013, over 600 kids have matriculated through the seasonal 7-8 week academies held in the Spring, Summer and Fall, each year.

​Starting in the Spring 2018, the OSC Eagles will offer the first recreation soccer teams to participate in the PG County Boys and Girls Club recreation soccer league.  OSC recreation teams will be comprised of graduates of the seasonal academies.

Opdea, Inc.-- "Creating opportunities and ideas leading to success for the youth and young adults." 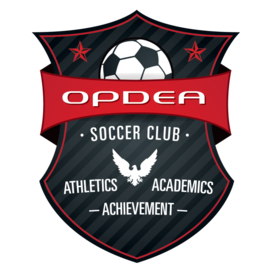 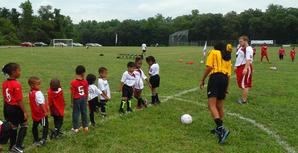 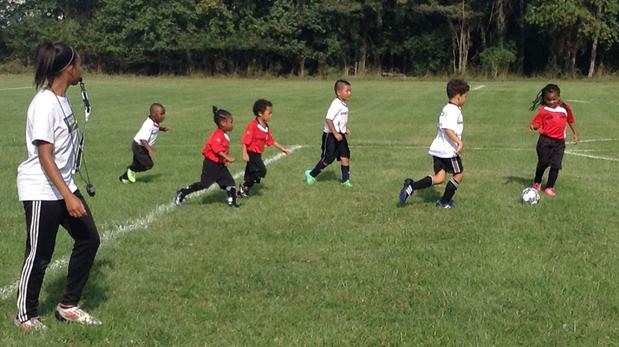 Stretching is a critical part of any athletic routine. We know that.

Improved Decision Making Abilities
Brain teasers and strategy are a part of any game, including soccer.

The Opdea Soccer Academy prepare players for either recreation or travels teams, as well as provide team play for the new player to the sport.

The House of Opdea is comprised of the House of the Black Crest and the House of the Red Crest (inactive). The Opdea Crest includes our mascot, the bald eagle, and our three pillars of success—athletics, academics and achievement.

The two stars represent the dual pursuit of excellence in balance between academics and athletics, while learning discipline, teamwork and sportsmanship of soccer. Within each house, there are three leagues—Pee Wee League, Youth League, and Senior League depending on age, skill and enrollment. ​ No residency requirement, all kids accepted!

​​Opdea Inc. is a 501c(3) youth development nonprofit organization that promotes the welfare of the youth and young adults through athletic and academic skill enrichment programs.  All donations and sponsorship contributions are tax deductible.